Hyundai-Kia is continuing to push the design envelope in the compact-SUV class with the new KIA Sportage. Although it looks completely different from its sibling, the 2022 Hyundai Tucson, both of these crossovers feature a bold appearance with interesting details and side surfacing. 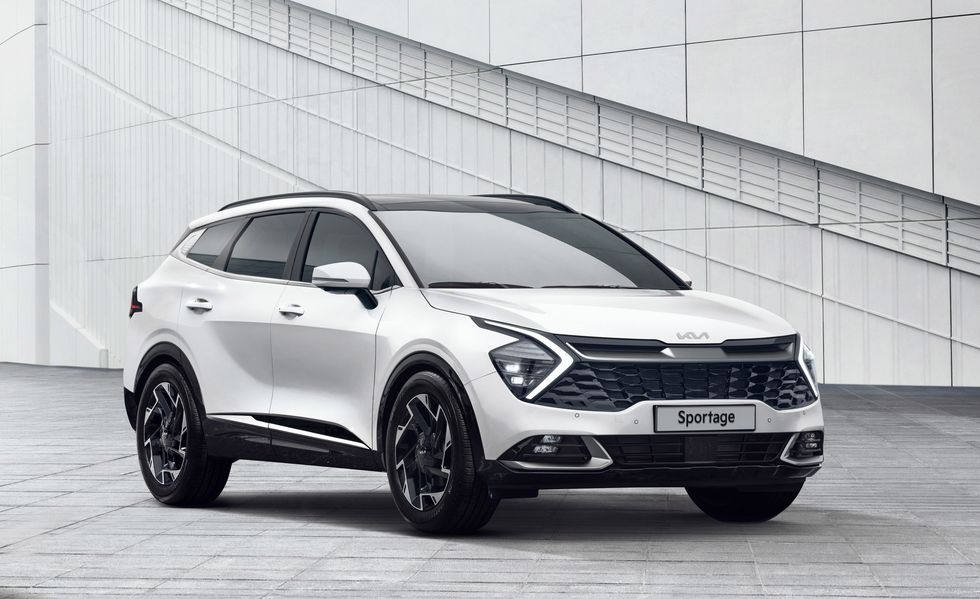 The global version of the Sportage seen here features an unconventional front-end lighting setup with low-mounted headlights and prominent boomerang-shaped LED lighting accents. In the rear, the taillights look similar to the KIA EV6 Electric Car. The greenhouse subtly slopes down toward the D-pillar and the beltline rises, creating an impression of a somewhat rakish silhouette without an actual coupe-like tapered roofline as seen on some luxury SUV models.

Inside, the Sportage looks far more upscale than its predecessor. A digital instrument cluster and large widescreen infotainment system look to be mounted under a single piece of glass. This large fixture is flanked by shapely air vents on either side. A rotary shifter is visible on the center stack along with an array of various buttons.

Kia has still not released mechanical details about the new Sportage.